A bit over 12 years ago I started this blog to write about Windows development. Back then, I spent the majority of both my free time and time at work developing Win32 and COM-based software and I was just starting to tip my toes into Kernel-mode development.

One year later, in 2008, I begun working on my master’s thesis on function boundary tracing in the Windows kernel, which led to posts about runtime code modification on IA-32, Hotpatching, Detours, NTrace, and other fun stuff.

Things got quiet after 2010 when I changed careers and begun working as a consultant. My focus shifted from Windows development to architecting scalable systems and later led me to entirely different topics such as leading development teams and optimizing the software development lifecycle.

Although I never stopped doing Windows development, it got less over time – and I had less to write about on this blog.

Now it is about time to get more active again on this blog. And as a first step, I moved this blog to a new home.

A new home for the blog

When I started this blog, I went with Wordpress. Wordpress was, and still is, a decent blog engine (as long as somebody else is taking care of patching it). But there are at least two things I got increasingly annoyed by:

Thanks to the Cloud and Serverless, it is easier (and cheaper) than ever to walk away from Wordpress and host a blog by yourself – and here’s what I went with: 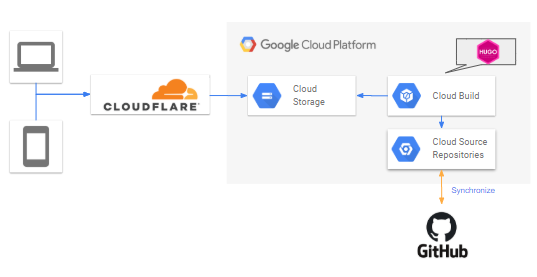 Johannes Passing lives in Melboutne, Australia, and works as a Staff Solutions Architect at Google Cloud where he focuses on Identity and Access Management (IAM).

As a Solutions Architect, Johannes’ work is split between working with customers, creating tools, and contributing articles to the Google Cloud website and blog. He is also the author and maintainer of IAP Desktop, an app for zero-trust RDP and SSH access to Linux and Windows VMs on Google Cloud.