Yesterday I released version 2.11 of IAP Desktop. This new version brings a couple of new features.

After you’ve connected to the remote desktop of a VM instance, you can switch to full-screen by hitting F11 or selecting Desktop > Full screen. This feature has been around for a while – but it has always been limited to a single display. If your computer has multiple displays, the remote desktop only covers one of them.

The new version adds another command to the menu, Desktop > Full screen (multiple displays). If your computer has multiple screens and you select this option, then the remote desktop covers all your screens:

What happens under the hood is that IAP Desktop calculates a bounding rectangle that spans all your screens and uses this rectangle to display the remote desktop. To the VM, IAP Desktop reports your computer to have a single super-large screen.

But maybe you have more than two displays and they are not aligned in a row – in that case, treating multiple displays can cause some parts of the remote desktop to become hidden: 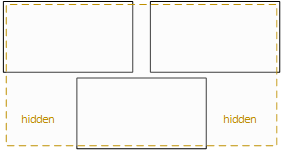 The Microsoft Remote Desktop app (mstsc) gets around this issue by using the Multimon feature of the underlying Remote Desktop control. This feature causes the client to report multiple independent displays to the remote machine, solving the hidden-area problem. As an added benefit, it also lets you snap windows to screen edges just like you would normally.

You can choose the displays that you want IAP Desktop to use for full-screen mode under Tools > Options > Display. To help you identify the right displays, the dialog shows your displays as they are arranged physically: 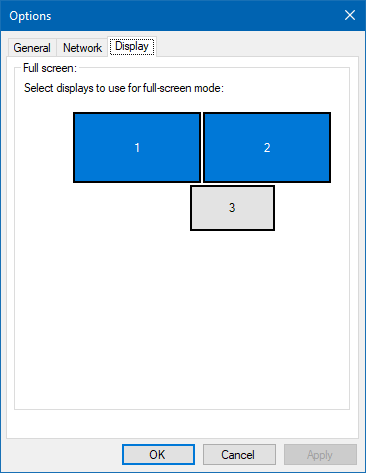 Note that the “classic” single-screen full-screen mode is still available: 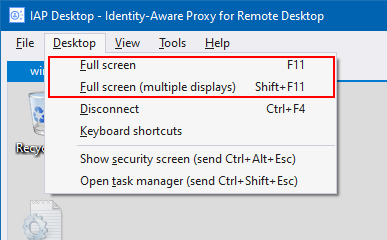 IAP Desktop not only lets you connect to the remote desktop of a Windows VM, but also provides a number of other utility features – for example, you can use it to view an instance’s event log, its serial port output, or its properties. These features are not only useful for Windows VMs, but also for Linux VMs – therefore, the Project Explorer window now lets you include Linux instances in its list. 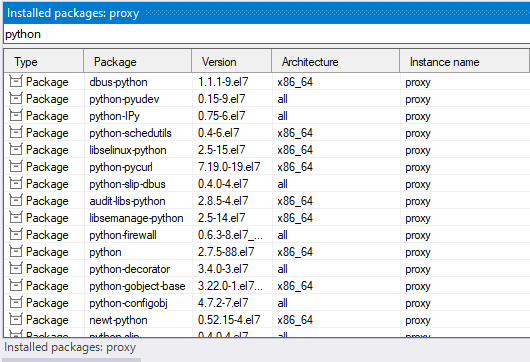 If you have saved credentials for a VM instance, but need to connect as a different user for once, you can now right-click the VM instance in Project Explorer and select Connect as user….