I recently released version 2.13 of IAP Desktop. This release introduces a major new feature, the ability to connect to Linux instances by using SSH.

When you select a Linux VM in the Project Explorer tool window and click Connect, IAP Desktop now connects to the VM by using SSH and opens a virtual terminal: 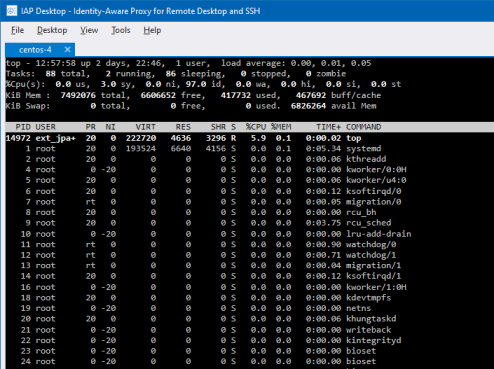 Behind the scenes, IAP Desktop: 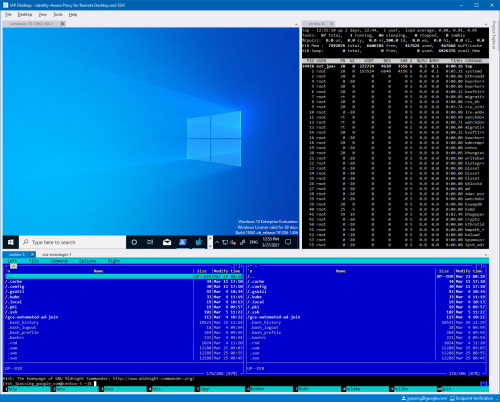 You can customize the settings IAP Desktop uses to connect to Linux instances by using the Connection settings tool window. 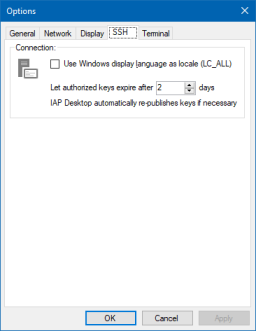 The terminal itself should look and feel like a regular xterm terminal. There are a few rarely-used xterm features like double-space characters and blinking that the terminal does not support – but other than that, the terminal should support all the xterm features you’re used to.

In addition, the terminal supports a number of shortcuts:

Because some of these shortcuts might conflict with certain Linux applications, you can disable individual shortcuts under Tools > Options > Terminal: 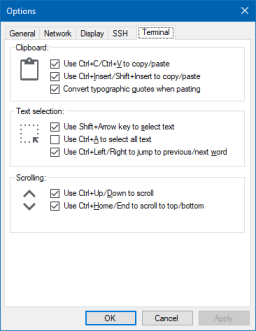 SSH is growing in popularity among Windows users, but it can still hardly be considered a first-class citizen on Windows. Although Microsoft has added pseudoterminal support and has substantually improved the console in later Windows 10 releases, the OS does not yet provide all the APIs needed to add SSH capabilities to an application.

To compensate for that, IAP Desktop’s SSH features are built on two open-source components, libssh2 and VtNetCore.