On Tuesday, I released version 2.10 of IAP Desktop. This new version brings a few smallish new features and some under-the-hood changes.

You can configure AppLocker to whitelist IAP Desktop by configuring two rules:

In previous versions of IAP Desktop, only the MSI package was code-signed. Allowing all binaries to be signed required some significant refactoring of the build process, which is now based on nmake.

As a .NET application, IAP Desktop automatically applies the proxy settings that you’ve configured in Internet Explorer or the Windows control panel (inetcpl.cpl). These settings might specify a proxy server (hostname, port) or they might specify that proxy auto-configuration (based on WPAD or PAC) should be used.

In most scenarios, relying on the system-provided proxy settings works fine. There are however some scenarios where explicit proxy configuration is needed:

To support these scenarios, version 2.8 introduced the ability to explicitly configure a proxy server under Tools > Options > Network. In the latest release, these settings have been extended to also let you provide a proxy auto-configuration (PAC) URL: 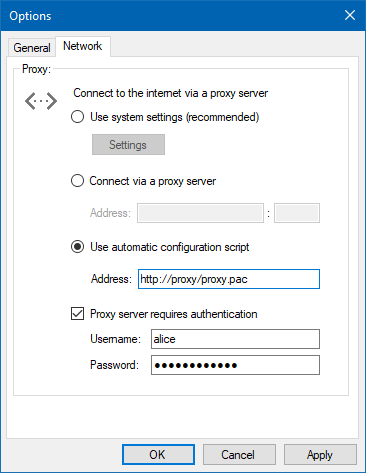 IAP Desktop does not try to replace the Cloud Console – so jumping back and forth between these two tools is not uncommon. To make this process a little easier, the context menus of project, zone, and VM nodes in the Project Explorer now let you jump to the right section of the Cloud Console: 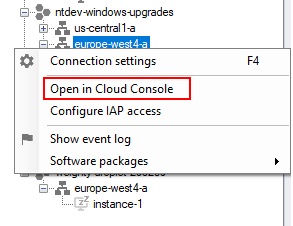