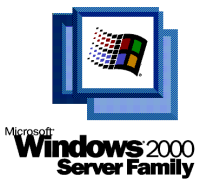 One remarkable thing about Windows 2000 and Active Directory is that it embraced a number of open standards, most importantly TCP/IP, DNS, LDAP, and Kerberos. Back then, the internet was still new and none of these protocols were very widely adopted yet, so the decision to favor these protocols over proprietary alternatives like NetBEUI, WINS and NTLM was a bold move. Today, it is probably fair to say that Active Directory would not have fared as well if Microsoft had decided otherwise.

Somewhat ironically, one of Active Directory’s major security weaknesses has turned out to be Kerberos, one of the open protocols it embraced. While Kerberos has proven to be much superior to NTLM in just about any way, it has also turned out to have some design flaws that, under certain circumstances, allow credential theft. Putting the right mitigations in place to reduce the risk of such credential is crucial, and today is often the primary focus of discussions about how to best run Active Directory.